The course is online quran classes for adults live 1 to 1 course that composed of six stages which specifically designed for adults to learn Quran from complete beginner to an expert. 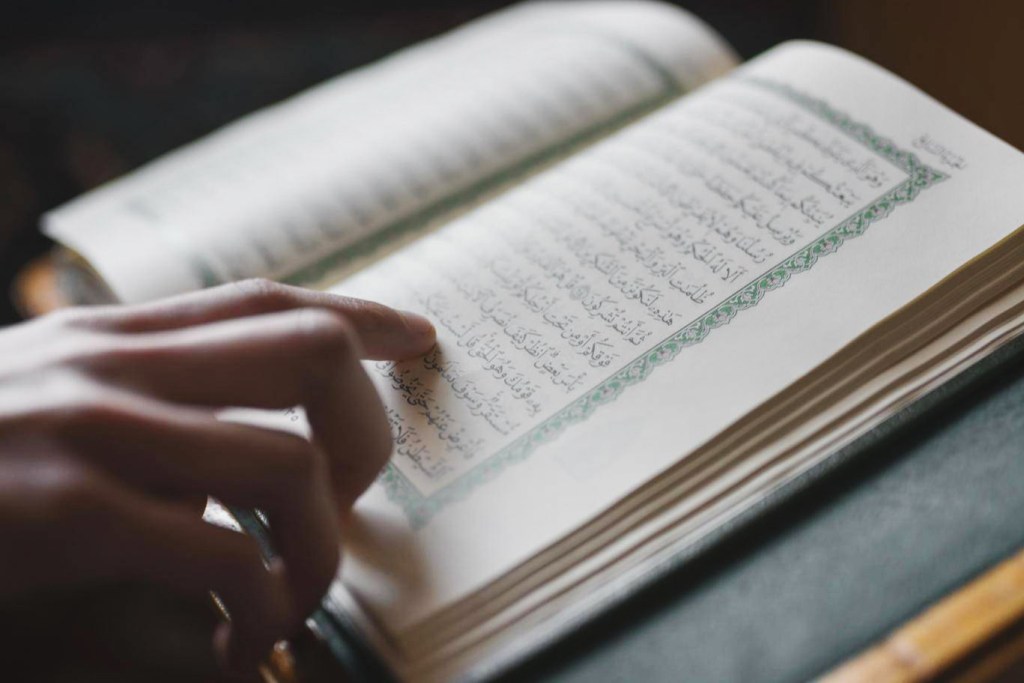 Why Should you choose this course?

What will you learn in this course.

This is the beginners course i.e. for those student who wish to read the Arabic Alphabets and words according to the Noorani Qaidah from the scratch. After learning that,  the students proceed to learn and recite some short verses of Quran.

Qarabic Academy is one of those online organizations which are working for a  long time to teach Noorani Qaidah with functional measures.

It is quite convenient for a kid/adult to learn Noorani Qaidah online and once someone has completed this Qaida, he/she can read Quran easily depending upon the rate he/she has developed during this course as everyone has his/her own speed of reading the Holy Quran.

This basic Qaida initiates with the alphabets and pronunciation and ends with words and verse-making which results in the students to be fluent in reading self-adequately In-Shaa-Allah.

The brief course outline to learn Noorani Qaida online is as follows:

We will be very glad to teach you Noorani Qaidah online. Our teachers are experienced and trained and know how to teach Quran for adults online and guide them to the point where they can be smart in reading the Holy Quran.

The other books which can also be taught in the beginners course are Rehmani Qaidah, Iqra Book 1-6 and Noor Albayan course.

In Quran For Adults online course, you will learn Tilawa and it involves the recitation of the complete book of the Holy Quran by looking through the application of Tajweed rules.

Those Students who have already completed a beginner’s reading course will only read a portion of the Quran.

The role of the teacher will be of correcting students and reviewing the rules which are learned in the previous Qaaida course. In this course, students will complete portions from Juz Amma (30) and Juz Tabarak (29) in order to advance to the Hifz course as per his/her desire.

The revision will also take place once the course is finished.

The teacher also helps the students to memorize the main short Surah which is significant for prayers /Salah.

The 25 short surahs from Surah Al-Fajr till surah Al-Naas will also be memorized in this course. It will be done online and there will be no homework.

The purpose of the Tajweed teaching in Quran for adults online course is to enable a learner to read fluently with Tajweed and eventually to become confident and self-sufficient in reading the Holy Quran with Tajweed.

These areas will be the focal point of the teaching scheme in Quran for adults online course which will allow you to read and understand the rules of Tajweed.

Once you have completed the course, you will be able to

Hifz / Memorization Course that is included in Quran for adults online course will only be offered to those students who are already skilled in reading. The memorization will be done in parts of the Qur’an depending upon the entry-level and capabilities.

Students can be required to take an aptitude test for entry into this course.
*Students are also required to obtain a copy of Tafsir Ibn Katheer as the teacher will use it to elaborate the meaning of the Ayats to the students before they begin to memorize it.

The task of memorizing Holy Quran is quite spiritual and personal. It is in itself a miracle and a huge blessing from Allah Subhanahu Wa ta’ala that one is able to absorb the Qur’an in himself/herself.

If you are willing to get benefit from this blessing, you must be ready to acquire it and hence do your utmost physically to achieve it and attempt spiritually to get as much benefits as you can in this world and the world hereafter.

Procedure to Memorize in Quran for adults online course:

It includes the number of fresh lessons you will have to memorize each day.

It involves the revision of the number of verses of the Holy Quran which you’vealready  memorized in the last 20 to 30 day.this is a very significant part as it will determine if the verses you have memorized are staying with you or not.

This process involves the revision of the part of the Holy Quran you’ve already memorized and reviewed for at least 20 to 30 days consecutively. The amount of review and recitation to your teacher will depend on the quantity of  Quran you’ve memorized.

Once you have completely memorized the whole Quran, you will only have to revise the old memorization.

This cycle must continue for your whole life as keeping this memorization with you is a great responsibility.

Initially, the student has to provide 30 minutes to the teacher for classwork until 2 parts are memorized. After that, the class time will be augmented to 60 minutes per day for 5 days in a week.

All the necessary preparations has to be done by students at home to memorize the parts for 60 to 120 minutes daily.

In general, it takes 3 years for a student to complete memorization of the Holy Quran online on average however it differs from one student to another.

Note: The students have to memorize almost 80% of his Hifz part in the class and only need to contain it in the home before his next class.

The literal meaning of Ijazah breaks down to ‘consent’ and technically it means to recount through established chains of narrators.

Alternatively, Ijazah is to certify that a particular person is allowed  to teach and recite the Holy Quran with Tajweed by the chains of reciters that lead to Prophet Muhammad (PBUH) and to Allah (S.W.T).
In this course, a certified scholar or Imam will provide permission through certification to the person taking the course.

This Ijazah can be given in two forms:

A) Reading Quran by rules of Tajweed to the instructor

B) Reciting Quran according to memory i.e. Hifz.

Ijazah will be given in aforementioned cases when the learner is successful in reciting Quran by Tajweed or by memorizing.

Following  are the 3 mashhur:

Now, you can learn ten Qirat online with the best teachers who belong to Egypt. Qarabic Academy facilitates interested students with this opportunity.

Quran, Qira’at refers to the readings, and technically it means the technique of recitation of the Holy Quran. Originally, there exists ten recognized schools of Qira’at, and each of them derives its name from the famous reader of the Holy Quran recitation.

What are the ten Qirats?

Let’s understand what these ten Qirat actually mean. They donot mean difference in voices or style, in actual these are minute differences in pronunciation, letters, and Harakat.

It is more like comparison between  two different books of Quran and you find differences between them. To be more clear in this matter, it is best  to go back to the times of the Prophet (PBUH) and Islamic history.

Most of the people in the times of Prophet Muhammad (PBUH) were uneducated and they had their own dialect belonging to a specific  tribe just like any other language e.g. English of British and America. British and American English can be distinguished in terms of  spelling and pronunciation.

The same difference existed at that time where they had a different dialect of Quraish which was the tribe of Holy Prophet (PBUH), Yaman, and  Hudair, etc. these differences had no impact on the meaning of the Holy Quran.

How these ten qirats evolved?

When Al-Quran was revealed to Prophet (PBUH), the angel Gabriel (AS) came and recited the Quran to him and the Prophet of Allah recited back to him in one dialect.

Then Prophet pleaded the angel to increase the dialect so he did until he reached seven. These dialects had the same meaning but the pronunciation was different.

1- Ibn ‘Abbaas narrated that the Prophet (PBUH) said, “Jibreel recited the Qur’aan to me in one harf, and I recited it back to him, but I requested him to increase (the number of harf) and he continued to increase it for me, until we stopped at seven ahruf.”

Ibn Shihaab az-Zuhree (d. 124 A.H.), one of the narrators of the hadeeth, said, “It has reached me that these seven ahruf are essentially one (in meaning), they do not differ about what is permitted or forbidden.” 383

2-  ‘Ubay ibn Ka’ab reported that the Prophet (PBUH) was once on the outskirts of Madeenah (near the tribe of Banoo Ghifaar) when Jibreel came to him and said, “Allaah has commanded that you recite the Qur’aan to your people in one harf.”

The Prophet (PBUH) replied, “I ask Allaah’s pardon and forgiveness! My people are not capable of doing this!” Jibreel then came again and said, “Allaah has commanded you to recite the Qur’aan to your people in two ahruf.”

The Prophet (PBUH) again replied, “I ask Allaah’s pardon and forgiveness! My people are not capable of doing this!” Jibreel then came a third time and said, “Allaah has commanded you to recite the Qur’aan to your people in three ahruf.”

The Prophet (PBUH) replied for a third time, “I ask Allaah’s pardon and forgiveness! My people are not capable of doing this!” At last,

Jibreel came for the fourth time, and said, “Allaah has commanded you to recite the Qur’aan to your people in seven ahruf, and in whichever harf they recite, they would be right. 384”

3-  ‘Umar ibn al-Khattab narrated, “I was sitting in the masjid when I heard Hishaam ibn Hakeem recite Soorah al-Furqaan. I was almost about the jump on him in his prayer, but I waited until he finished, and then grabbed him by his garment and asked him, ‘Who taught you to recite in such a manner?’”

Therefore, I dragged him to the Prophet (PBUH) and complained to him that Hishaam had recited Soorah al-Furqaan in a manner different from what he (PBUH) had taught me.

When I had finished, he (PBUH) said, ‘It was (also) revealed this way. Indeed, the Qur’aan has been revealed in seven different ahruf, so recite whichever one is easy for you.’” 385.

In conclusion, the Holy Quran was recited in seven different dialect that were allowed by Allah based upon 7 different dialect at that time in the Arabian Peninsula. After the death of the Prophet, the Companions understood it and spread it to others as well.

But the once Islam spread and people of different Area met, they found these differences. For this once Companmion suggested the Khalifah Usman Bin Affan (RA) to combine the Ummah on one Mushaf (Book).

The the Khalifah chose the Qureshi dialect for the Ummah. Other Mushaf were forgotten. But the seven recitations remains in the society from the Qureshi Mushaf in reading only not in the shape of books.

How do I get enrolled in the Academy?
File in the form on the website and sign up for a free trial Class .
How do I sign up for a trail class ?
Just file in the for in the website ( Link ) or contact us on our live chat or send message via whatsapp 001 (309) 377- 5300
I signed up , now what should I do after ?
After you sign up, we will contact you to arrange day and time for your free trial class . We will contact you from our official Email or our official number .
Can I have male / female teacher ?
Yes we have male and female teachers and you can request male or female teachers , but recommend matching the gender .

There are no reviews yet. Be the first one to write one.